The 17.5 billion euros investment will be going towards creating a modern and high-performing rail infrastructure. The money will be divided over a 6 year period, achieving a 3 billion per year plan. The infrastructure is approximated to be completed by end of 2026. 5 billion euros of extra projects after 2026 will be focused on routes, stations, safety technology and traffic control systems. Some changes that will be provided for the future are having a basis for: the regular timetable with easily noticeable departure times, shorter transfer and travel times, 1-2-3 tickets, and shifting freight traffic to rail.

The framework plan for the years 2021-2026 will optimally equip the railway for the coming years. It will be climate-friendly to fight against climate change. “The new ÖBB framework plan, will be the largest rail package on the rails that the republic has ever seen”, says Climate Protection Minister Leonore Gewessler.

The areas that will be invested in are increasing S-Bahn trains in and around the cities, making the regional railways more attractive, an electrification program, extra capacity and economical route for freight transport and digitalization with increased efficiency in construction and operation.

The master plan has been set to also prepare for after the corona crisis. Even with the great customer growth that has been increasing in the past years, there is always room for improvement. As more people want to support combating climate change, more passengers will utilize trains. “Particularly at peak times, the capacity in critical sections of the route is already fully utilized, which affects both passenger and freight traffic. We have to be prepared for the time after the Corona crisis, ”says ÖBB CEO Andreas Matthä.

A great example of the number of trains that will be scheduled and their length will be seen in the Vien S-Bahn line. This train circulates between Meidling and Floridsdorf. It will be equipped with the latest satellite-controlled technology and platforms will be lengthened to accommodate the 220 meter trains. There will be an increase of 900 trains per day (compared to the 700 in previous years). There will also be alternative routes for the lines in Lower Austria by creating a four-track expansion from Meidling to Mödling. Extra routes will be implemented in other state capitals, as well.

A part of the investment will go towards building the modern railway of tomorrow. These railways will have a feeder function and bring environmentally-friendly mobility expanding to the rural regions of Austria. This creates good connections between business locations. In return, the smaller and medium-sized companies can benefit added values and jobs.

The infrastructure for Vienna South freight centre will also accommodate more freight transport providing expansion and a great capacity for the future. This will also include extra soundproofing for the neighbouring towns that the railway goes through.

Digitalization plays an important role in creating an advanced and modern rail infrastructure. OBB states that: “The entire railway operations benefit from digitalization – from the point control to the creation of a “digital twin” of our entire route network”.

ÖBB believes that the new and improved masterplan will also create room for economic growth.  A few examples of economic benefits are 1 euro in the expansion of the railway brings 2 euros for the economy, 15,000 jobs secured from the 1 billion euro investments and the OBB will bring in around 5 billion euros yearly in added value and 0.6 GDP contribution pa.

“With these investments, we create a win-win situation: We create regional added value and we protect our climate. Secure jobs for people and create future jobs generations to come”, says Federal Minister Gewessler. The future of ÖBB will target a lot of issues that are faced in this world by creating a healthy environment through simple mobility.” 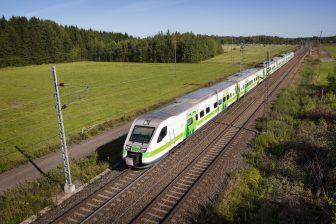 4.5 million for better internet on long-distance trains in Finland 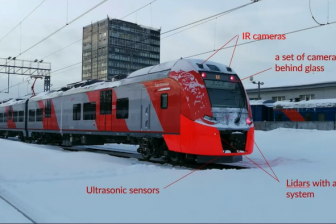 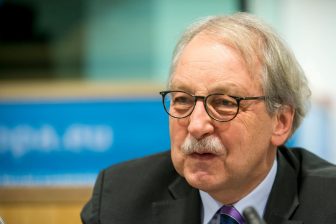