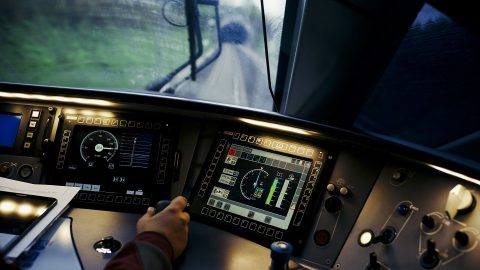 To intensify the ETCS development, The Signalling Company from Belgium decided to apply continuous integration, a well-known practice in programming. This approach will be used in its newly launched testing campaign. It is dedicated to examining the company’s ETCS Onboard software and will last up to 2022.

“Continuous integration allows the ETCS Onboard software to be continuously tested, to detect interoperability issues earlier, and to fasten the Baseline upgrade process. In traditional settings, ETCS test campaigns take months and involve a large team of engineers,” The Signalling Company explained its decision to apply a new approach. The ongoing testing campaign is performed in a partnership with Try & Cert, a joint venture of several European certification bodies: Belgorail from Belgium, the ERTMS France Laboratory of SNCF Mobilité (LEF) and Certifer from France.

The testing campaign has recently started. It is carried out as the software-in-the-Loop simulation according to official ERTMS Interoperability test sequences specified in the Subset-076 standard. “Software-in-the-loop testing avoids the need to send ETCS onboard hardware to the laboratory, and instead uses a cloud to test the ETCS Onboard software,” The Signalling Company added.

As for continuous integration, this approach will be applied regarding the ETCS Onboard software later this year. The software-in-the-Loop tests will be completed in 2022. Afterwards, they will be followed by certification tests using The Signalling Company ETCS Onboard hardware. They are designed for the period from 2022 to 2023.

The Signalling Company, which is a joint venture of ERTMS Solutions, a Belgian supplier of railway systems, and Lineas, the largest private rail freight operator, also proposed a new business model for ETCS Onboard including fixed-price insurance against all future ERTMS Baseline changes to its customers. This allows the railway undertakings to know their actual investments in ERTMS before making them. As of today, the operators sign a blank check. “This represents a seismic shift for European railway undertakings as their ERTMS investments will no longer be open-ended,” the Belgian technology company stated.

Another radical business model change is the ERTMS Formal Specs (EFS) modelling language, a Domain Specific Language that allows the production of an immediately executable model of the ERTMS specifications, without any intermediary code generation, manual or automated. ERTMS Solutions, one of the shareholders of The Signalling Company, has developed since 2010 a Subset-026 compliant EFS model its Subset-076 automated test suite.

Are you interested to know more about ERTMS? This topic will be discussed during the second edition of the RailTech Infra Forum virtual conference to take place on 30 September and 1 October. To know more, visit the event website and register to participate.