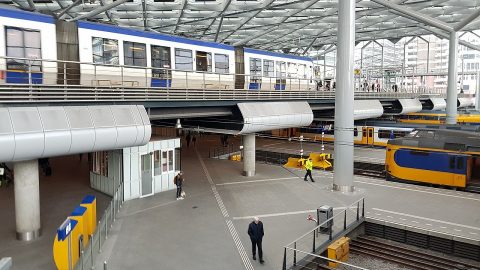 Dutch travellers will be able to use a new multimodal digital platform for planning their trips across the country from 2021. They can do this by combining various modes of transport. It will be launched by the national railway operator Nederlandse Spoorwegen (NS) in a partnership with three public transport companies GVB from Amsterdam, HTM from The Hague and RET from Rotterdam. Four partners have already received a green light from the Dutch competition body.

The Netherlands Authority for Consumers and Markets (ACM) allowed NS, GVB, HTM, RET to set up a digital transport platform for offering the multimodal services to the customers. ACM issued its permission last week. As a result, the four mentioned companies will join forces to become the Mobility as a Service (MaaS) providers. It means that they will not focus on one specified mode of transport but will combine several of them – from trains, buses and metros to shared cars and bicycles. Therefore, the travellers will receive a reliable opportunity to plan, book and pay for the door-to-door journeys via one digital platform.

Meanwhile, the approval, which was issued by ACM, contains strict conditions for the future MaaS partnership. All the partners will cooperate with each other under equal conditions. In addition, the list of participants could be extended by the new transport companies. “Although NS, GVB, RET and HTM are the initiators, the intention is that the mobility services of as many carriers as possible are brought together in the Netherlands. Other parties are also cordially invited to join and integrate their services into the new platform to be built,” the Dutch national railway operator stated. At the same time, the MaaS providers will not have access to competitively sensitive information.