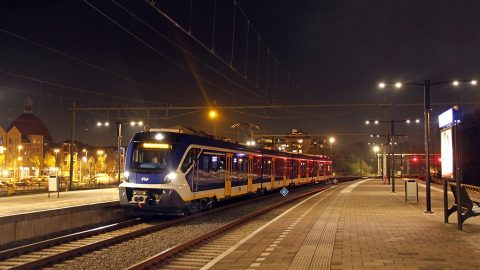 Dutch railway company Nederlandse Spoorwegen (NS) will test Automatic Train Operation (ATO) on the Hanzelijn between Lelystad and Zwolle. The operator will examine the unmanned driving at the nighttime between 10th and 11th December. Its train will perform several journeys on the route section between Kampen and Swifterbant.

The ATO tests will be carried out jointly by NS and Spanish manufacturer CAF. Both participants will examine GoA2, the second grade of the ATO technology that requires a train driver to be present in a cabin and intervene in case of disruption. For the tests, NS has chosen Sprinter New Generation (SNG) train supplied by CAF. The technology was also installed on the vehicle by the Spanish manufacturer. It allows the train to run, brake and stop automatically.

Hanzelijn or Hanseatic Line was opened in 2012 to connect the cities of Lelystad, Dronten, Kampen and Zwolle. Its construction costs over 1 billion euros. With the launch of the route, NS has shortened travel time from Amsterdam to Zwolle and further stations in the north-east direction. The line has a length of 50 kilometres and was electrified with the direct current of 1.5 kilovolts like the most network in the Netherlands. The passenger trains run the Lelystad – Zwolle line for 30 minutes.