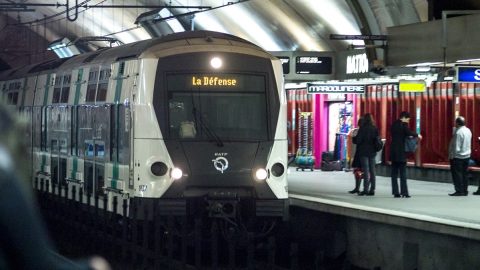 On the 19th of November Alstom will open the doors of its Paris office for delegates of the Intelligent Rail Summit 2019. Various experts will give presentations on the latest developments in the field of Automatic Train Operation (ATO). The research results of the ATO test on the Betuweroute freight line that was held in December last year will also be presented.

Presentations include the reports made by Alstom’s Vice-President for Innovation and Smart Mobility Stéphane Feray-Beaumont and the company’s ATO expert Sebastiaan van der Zee.

After a brief introduction, the attendees will be informed about the installation of ATO on line A of the Paris RER network. In January 2015, RATP, STIF and the Île-de-France region selected Alstom as the supplier for the automatic control system. In May 2017 the automatic train control system was put into operation on the central part of the RER A between Nanterre-Préfecture, Val-de-Fontenay and Fontenay-sous-Bois.

In the following presentation, the research results of the Automatic Train Operation test on the Betuweroute freight line in the Netherlands will be unveiled for the first time. In December last year, Rotterdam Rail Feeding, ProRail and Alstom carried out a test drive with a self-driving locomotive. During the test, the locomotive was running between the existing train traffic on the Betuweroute.

The Automatic Train Operation system was built into the locomotive prior to the test. Level 2 (GoA2) was used during the trial. The locomotive moved with a speed of kilometres in both directions, testing various functionalities of the system. The presentation focuses on these functionalities and the results of the test.

The Intelligent Rail Summit 2019 will take place on 19, 20 and 21 November in Paris and is organised by ProMedia Group. On 19 November, participants will learn more about ATO projects at the Alstom office and take a ride on the Paris driverless metro line 1. The first day of the conference, 20 November, will focus on automation of the rail operation such as ATO, ERTMS and Driver Advisory Systems (DAS). On 21 November, participants will get acquainted with the latest developments in rail digitalisation.