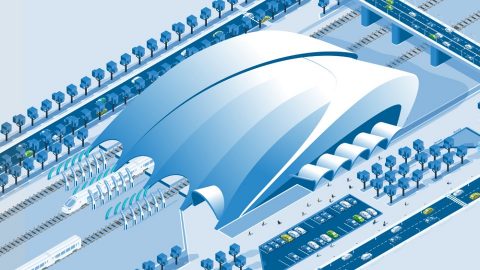 Japanese technology company Hitachi Rail has unveiled its own vision of how train stations will look in the future. The concept is focused on introducing robots and digital solutions to serve passengers and implementing environmentally-friendly practices.

The unveiled vision was developed for the United Kingdom, it includes the use of artificial intelligence to enable robots to guide passengers around the station. “Britain’s train stations could be revolutionised in the years to come as we harness the latest breakthroughs in robotics and artificial intelligence technology. Our concept of a smart station is already becoming a reality, with much of this technology already being trialled in Japan and Europe,” said Nick Hughes from Hitachi Rail.

The Hitachi’s concept also comprises the use of other innovations including smart sensor technology which could see ticket barriers made obsolete at stations. “Our vision also sees the roll-out of battery-powered trains to the UK, which will see rail catch-up with the recent successes achieved in the automotive sector. Battery trains can cut carbon emissions from train stations, making them cleaner environments to visit and work in,” added Nick Hughes. His company believes that the battery-powered train will attract more passenger to rails.

However, the main feature of the Hitachi’s vision of the future station is the use of robots. The company regards them as guides for passengers in order to help them to find a train or other station amenities. Hitachi has some experience in using robots for the same purpose. Since 2017 the company’s robot named EMIEW3 is helping the passengers at Tokyo Haneda airport. It is able to communicate with travellers in multiple languages and provide them with information about various locations at the airport. According to the Hitachi’s vision, the passengers at the train station of the future will receive the personalised real-time information via information points and mobile applications. 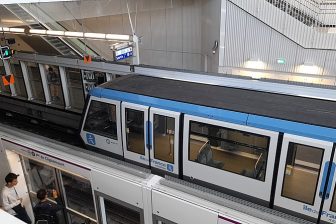 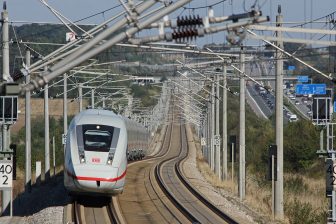