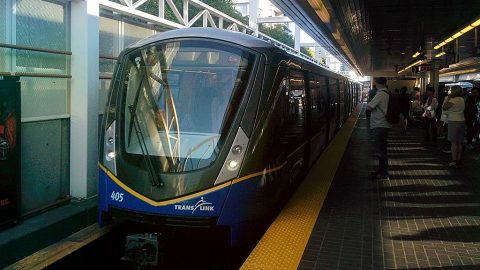 ‘Emergency stop is one of the biggest challenges for ATO’

“Instead of looking at complex technical issues, we should start with the more basic challenges of Automatic Train Operation (ATO), like the emergency parking brakes,” says Richard Plokhaar, Senior Rail Operations Analyst at the Canadian engineering company Gannett Fleming.

Richard Plokhaar will discuss the opportunities and challenges for autonomous trains at the Intelligent Rail Summit 2019. “ATO is in principle not as complicated as it seems,” he states. As one of the best ATO examples in the world, he names the Vancouver SkyTrain. This light rail rapid transit system is being operated completely autonomous since 1986. The SkyTrain vehicles have a 96.38 per cent on-time performance and even a higher reliability. “Interesting is that they use no platform screen doors,” adds Richard Plokhaar.

SkyTrain is not the only automated metro system. “The Toronto Subway also has started with highly automated trains, the only difference is that it still has an operator on board of the train to open and close the doors but not actively driving train. It works flawlessly. In the UK there are also some lines that run autonomously. Though the Jubilee Line saw on 1 September an accident, between Finchley Road and West Hampstead, where it was not clear to the train operator what he had to do when it started to go wrong. In this case, the operator, who was no longer actively driving the train, started to override safety features and worsened the situation, resulting in the train running with some doors opened,” says the expert.

The most important question according to Richard Plokhaar is not so much how to detect obstacles on the track and prevent train collisions. “That’s just a matter of the proper camera’s and LIDAR systems. The train detects an obstacle and comes automatically to a complete standstill. It does not know what is on the track. It only knows how big it is. If the control room plays back the video and sees it was a deer crossing the track, for instance, the control room can restart the train and the train moves on. The technical challenge to make this possible is not that big and is technically solved already,” explains Mr Plokhaar.

A much bigger challenge is finding the right solution for keeping a train immobilised that has made an emergency stop. “The automatic airbrake keeps the train stopped regularly for at least one hour if the airsupply falls out for whatever reason. The last thing you want to happen is that a train starts rolling away uncontrolled. For instance, when it has stopped while running uphill or downhill. Do you send a crew that applies the parking brakes by hand? This requires emergency crews to be available within a reasonable distance of the stranded train anywhere on the
network. Or do you build a spring activated system? This would result in major operational and practical constraints. Such basic issues are much more important and more difficult to solve,” sums up the analyst of Gannett Fleming.

At the Intelligent Rail Summit 2019, Richard Plokhaar is going to discuss the main challenges for ATO and share his experiences with ATO and train simulation in several countries. After a career with the Dutch railway operator NS in the 80’s and 90’s, Plokhaar moved to Germany to work at Deutsche Bahn. Several railway-related jobs followed at companies like the Microsoft Trainsimulator Franchise and rail companies in the United Kingdom, the Middle East, South Africa and now in North America for Gannett Fleming Canada ULC.

Are you interested in the Automatic Train Operation? It will be one of the key themes to discuss at the Intelligent Rail Summit 2019 that will take place on 19-21 November in Paris, France. To know more about the event, follow the link.

Keeping a train from rolling away when the pneumatic brakes bled off is not really any problem.
For decades spring-loaded parking brakes (electrically and/or pneumatically released) are already widely used, without any practical and operational constraints² — They are fail-safe and can be applied automatically after a timeout, so there is no need for anyone to literally crank on a handbrake…