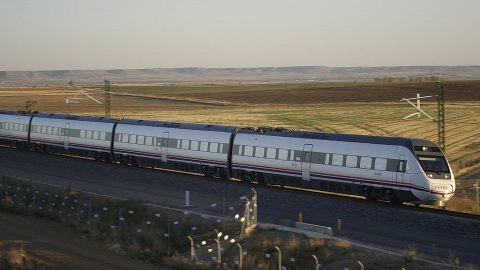 The Atlas ERTMS Level 2 train control system was entered into commercial service on the Valladolid-León high-speed line in northern Spain. The Alstom-made solution was implemented on the route after the extensive tests provided by Adif and approval issued by the Spanish Railway Safety Agency (AESF).

Alstom has carried out the installation works in a consortium with Bombardier Transportation and Indra. The agreement between the customer, Adif, and the contractors was signed in 2014. The deal includes the design, procurement, installation, commissioning and twenty years of maintenance of the signalling, fixed telecommunication and Automatic Train Protection systems, the centralised traffic control (CTC), security equipment, the mobile GSM-R communications equipment and infrastructure for trains and mobile phone operators as well as the maintenance during the 20-year period.

“We are immensely proud of this entry into service. This is the second ERTMS Level 2 signalling system commissioned in Spain after the one also installed by Alstom on the new Albacete-Alicante high-speed line, where Alstom was also the consortium leader. This demonstrates Alstom’s technical expertise and leadership in the field,” said Antonio Moreno, Managing Director of Alstom in Spain.

Atlas ERTMS Level 2 system is a digital signalling solution that allows trains to run at higher speeds without physical lineside signals. It was developed for optimal efficiency and complete safety of the railways. According to Alstom, the system has several benefits: improved line capacity (high-density, higher speed), service reliability, flexible and upgradeable design, compatibility with energy-saving driving profiles. With providing the Atlas solution on the Valladolid-León line, Adif has increased the maximum speed from 200 to 300 kilometres per hour. Alstom has already installed its ERTMS solutions in 30 countries and equipped with them more than 8,000 trains of 200 different types.