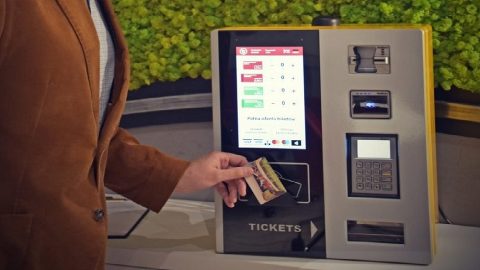 All trams in Warsaw to be equipped with ticket machine

The ticket machines will be supplied by Mint of Poland next year. “Today, we signed an agreement with Mint of Poland. In less than a year, we will be able to use modern ticket machines and pay for tickets by card. We give our passengers a feeling of comfort and a possibility of purchasing tickets at any of our trams”, chairman of Tramwaje Warszawskie Wojciech Bartelski said. According to him, the agreement between the parties has an option for an additional 178 ticket machines in trams that start running in Warsaw in 2022-2023. The deal is worth a total of 21 million Zlotys netto (around 4.9 million Euros).

After delivery to Tramwaje Warszawskie, all ticket machines will be installed in every new tram and in every railcar of the old vehicles. The new equipment will produce paper tickets with a QR-code and be able to load trips on the Warsaw City Card. All the transactions are digital: passengers should pay only by card, phones, or via the BLIK mobile payment system.