Two employees of Dutch infrastructure manager ProRail have won the Jan van Stappen Award for their project with Internet of Things sensors. These sensors measure the temperature of rails. This prevents switches from getting blocked by snow or ice in cold temperatures.

Programme manager Innovation Wim Verheul and route manager Maurits Arnolds won the prize in the category Best Track Performance for improvement on the track or in the railway environment. They received the award for their work on a project to develop and implement Internet of Things sensors. These special wireless sensors measure the temperature of rails and are developed by Dutch technology company Dual Inventive.

The Critical Rail Temperature Monitor 3000 sensors from Dual Inventive measure the temperature of the rails. Based on set alarm values, the users are alerted in case they are exceeded. The temperatures can be utilised to measure cold in the winter or heat in the summer. The sensors transmit this information wirelessly to the Dual Inventive application MTinfo 3000. These sensors are easy to install because they are magnetic. Once attached to the rail, they measure the temperatures continuously.

After having tested a number of trial versions of different technology companies for a year on the track, ProRail launched a tender. Dual Inventive won the contract. In total, ProRail purchased 2000 sensors from Dual Inventive, including the connectivity, the MTinfo 3000 platform and associated APP. The sensors were implemented on the track in November 2017. 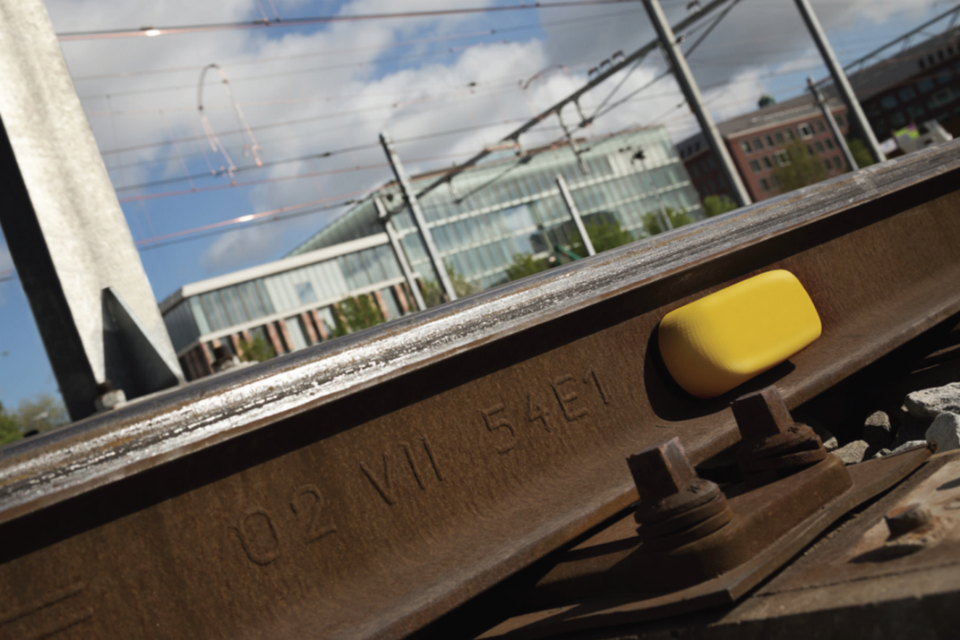 A Dual Inventive sensor has been attached to the rails.

Engineer Jasper Corvers of Dual Inventive has been closely involved in the project. “These sensors are of added value at two moments. In the winter months they monitor the temperature of the switches. This way they measure whether the switch heaters function. These heaters ensure that snow or ice can not block the switch in the winter. This prevents disruptions of train traffic.”

In the summer the sensors can be used for the heat review. Rail bars can expand during heat. “In particular, rail bridges must be kept under extra supervision, because the bridge can no longer open or close properly when it the rail expands”, Corvers said. “In the hot summer months, as well as the severe cold of the winter, the sensors can prevent the train passenger from becoming the victim of the weather.”

The Jan van Stappen Award is handed out every year to NS and ProRail employees who helped improve train travel. It is named after engineer Jan van Stappen. He was employed by NS from 1922 to 1940.