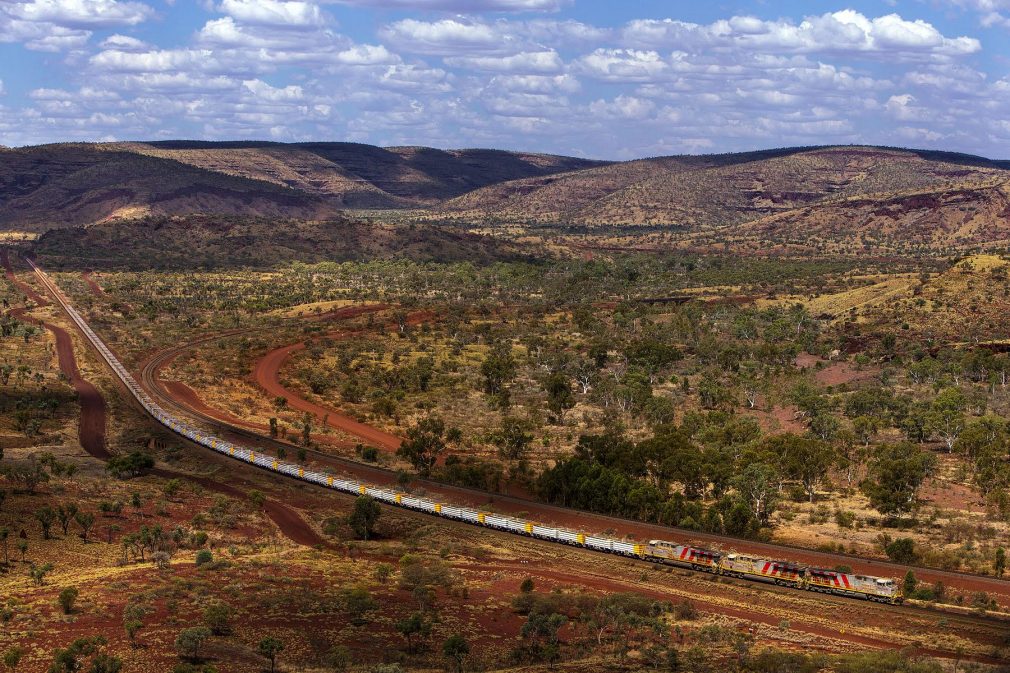 Mining company Rio Tinto will start operating completely autonomous freight trains by the end of 2018. The trains will move between fifteen iron ore mines and four port terminals in the West-Australian province of Pilbaro, without a single driver on board. The railway network of 1,700 kilometers is the first completely autonomous long-distance railway connection in the world, says the company.

Gert Fregien of Knorr-Bremse elaborated on the project at the Schienenfahrzeugtagung Conference of the Technical University of Graz. Rio Tinto announced in July 2017 that it operated autonomous trains on twenty per cent of its network, however, a driver was on board at all times to monitor the operation.

The autonomous train rides have led to impressive results, Fregien explained. “Now 330 million tonnes of iron ore can be transported per year. Once the operation is completely autonomous, these volumes are expected to increase to 350 million tonnes.” According to Fregien, the autonomous operation will enable Rio Tinto to reduce costs, have more energy efficient train rides and eliminate the “complex process for the driver”.

Mine of the Future

The complete autonomous freight trains are part of the Mine of the Future vision launched by Rio Tinto in 2008. This vision includes focus on far-reaching automation of its activities. Rio Tinto possesses a fleet of at least 69 autonomous trucks for the carriage of iron ore at its various locations in Pilbaro. According to the company, these vehicles enable the transport of more materials in a safer and more efficient manner. In addition, productivity rises. In 2008 the company started testing an automated drilling system (ADS), which was successfully deployed afterwards.

Rio Tinto’s concept of complete autonomous freight trains is named AutoHaul. The aim of the company is to increase capacity without investing in additional trains. The first driverless freight train moved between mines and port in 2014. In the year after, the first locomotives entered the railway to test onboard systems, signaling and security systems and communication with the Operations Centre in Perth. “In 2015 autonomous trains crossed a total distance of 7,500 kilometers”, Fregien said.

In 2012 train manufacturer AnsaldoBreda was awarded the contract for the delivery of the AutoHaul system that operates the autonomous freight trains. Rio Tinto itself invested in the modernisation of its locomotive fleet to prepare them for the autonomous ride.

Knorr-Bremse, together with company division New York Air Brake (NYAB) developed software that forms an important part of the system delivered by Ansaldo. This software enables energy efficiency and management of transit time, among other factors. Knorr-Bremse is an international supplier of trains, parts, simulators and train control systems in Germany.

Do you want to know more about the latest developments in the field of autonomous trains? Experts will share their knowledge at the Intelligent Rail Summit 2017 on 27, 28 and 29 November at the Infocenter of Wiener Linien. Visit the conference page for more information.