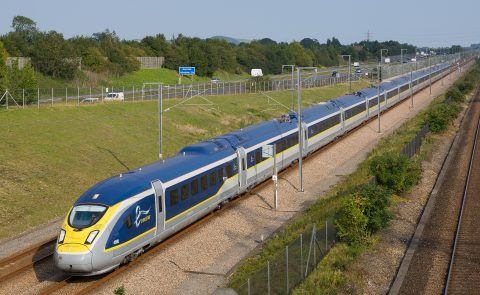 High Speed 1 (HS1), also known as the Channel Tunnel Rail Link, remains serious about its long-promised plans to open a new route connecting St. Pancras International Railway Station in London to the Gare de Bordeaux-Saint-Jean in Bordeaux, by 2026. The timeline, however, is “tight”.

This line would provide travellers with a low-carbon alternative to short-haul flights and boost the line’s capacity. Low cost airlines currently fly 1.2 million passengers per year between the two destinations. Eurostar estimates that one flight is roughly equivalent to 13 journeys on its service, which would reduce emissions considerably.

“As we’ve seen with the recent introduction of the Eurostar London-Amsterdam service, there’s a real demand for international train services to provide a comfortable and better-connected service, especially for leisure journeys,” Dyan Crowther, Chief Executive of HS1, told local media. Passengers seem to be willing to travel up to five hours by train, with willingness to choose rail over air travel diminishing sharply past that duration.

The direct route bypasses Paris and takes advantage of a new 302 kilometre high-speed rail line linking Tours with Bordeaux, where trains can reach speeds of over 320 kilometres per hour. The new service will have a journey time under five hours, compared to a current London to Bordeaux journey of 5 hours and 25 minutes, and Bordeaux to London of 6 hours and 26 minutes, due to security controls.

Due to Brexit, new border controls have increased journey times and cut the peak capacity at St Pancras by 30 per cent. This issue will be further compounded by the EU’s automated, biometric entry-exit system for travellers from third countries crossing in or out of the EU, which will be introduced this summer, as border checks will take an estimated 90 seconds more per passenger, which is significant given that each Eurostar has between 750 and 900 seats. Space for more kiosks to speed up the process will be hard to find in St. Pancras.

The Bordeaux-Saint-Jean railway station will also need to be developed to facilitate international departures. The four railway operators, HS1, Lisea, Eurotunnel and SNCF Réseau, met in Bordeaux in April of 2018 to discuss this, as well as departure slots, cooperation with authorities as well as train paths. Discussions with the French authorities are also still ongoing. For this reason, the HS1 team recently said that the 2026 deadline would be a tight one.

The railway operators are working on pre-planned and agreed timetable slots and routes, so a new international train operator will be able to get the route up and running in a couple of years. Dyan Crowther, Chief Executive of HS1, stated that: “This is the first time that railway operators have collaborated in this way and saves the train operator having to do a lot of legwork. The route is almost ready for a train operator to turn up and turn the key as soon as the UK and French Governments agree on border controls. With the right commitment, we could be looking at new services in the next couple of years.”

HS1 has appointed a new market development lead, Edmund Butcher to develop new route opportunities. HS1 is developing a whole new range of international direct destinations including Geneva, to capitalise on ski-traffic, as well as Frankfurt, Cologne, Marseille and Toulouse which are being considered for a 2030 roll-out. Milan in Italy may also be a possible development once the high-speed link between Lyon and Turin, including a 56 kilometre tunnel under the Alps is done, according to the Sunday Times.

Good news, but why only 2030 for the larger part of the destinations?

Also, with night trains, there would be no more 5-hour-limit for operations.
Then, a larger number of cities come into reach from London, including Madrid, Balcelona, Nice, Rome, Zurich, Munich, Berlin and Kopenhagen. The railtrack operators would, however, have to agree on adequate, i.e. lower track access charges per km and per train run, to compensate the lower number of passengers per train and higher other costs.

Can’t get my head around how the new LGV Tours-Bordeaux helps to “bypass Paris”. Is there a map of the intended route?