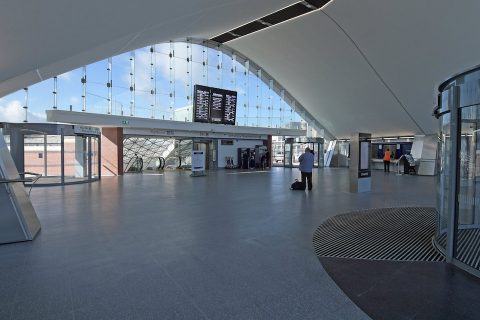 The Rail Delivery Group, which speaks for the rail industry employers at large, has tabled an offer to the drivers union Aslef, aimed at ending the long-running dispute on Britain’s railways. If accepted, the revised pay and conditions would settle the dispute with those members working for passenger operators in Great Britain. The union represent around 21,000 drivers – almost all of the profession in the UK.

Train operating companies, via their representative body the RDG, have offered the Aslef (Association of Locomotive Engineers and Firemen) what they call a landmark outline proposal. The RDG say it would deliver more reliable services for passengers, in exchange for a pay increase of “four plus four” percent over two years covering the 2022 and 2023 pay awards, backdated to the relevant pay anniversary. That should mean an immediate pay increase and a lump sum for back-dated pay. The offer also includes a commitment to no compulsory redundancies until at least 31 March 2024. That latter clause on redundancy has been a sticking point.

The RDG has put forward the pay and conditions offer, just as a week of concerted industrial action comes to an end on the British rail network. They do not however make and concessions in the hard line taken on industry reform. “The offer is contingent on common sense, vital and long overdue changes to working arrangements across the industry”, says a statement from the RDG. “Many of these are already best practice in parts of the railway and are designed to avoid disruptive gaps in services. If accepted, the proposal would mean the base salary for the average driver would increase from 60,000 pounds (71,400 euros), to almost 65,000 pounds (77,350 euros) by the end of 2023.”

Although salary figures are open to interpretation, train drivers are generally regarded as well paid among the working population. Various sources put the average salary across the whole of the UK between 32,000 and 39,000 pounds (38,000 – 46,500 euros), for full-time employees. With a number of unprecedented strikes in the health services in the past weeks, comparisons have inevitably been made with nurses, who can expect, when fully qualified, to earn about two-thirds of a driver’s salary.

Proposed changes, included in the Rail Delivery Group offer, have a Sunday Commitment Protocol, whereby drivers who are rostered to work a Sunday shift are contractually committed to doing so, unless alternative cover can be found. This is a radical shift from the current practice of voluntary rest day working, of which Sunday is always considered in that category. The employers see this as vital, not least because the pandemic has accelerated a shift away from the Monday to Friday peak hours, with a drift towards a more even demand on weekdays, and a sharp rise in weekend leisure travel.

“The change is vital in a post-covid world which has seen leisure travel – currently at 116 per cent of pre-covid levels on Sundays – recover far more strongly than commuter and business travel”, said a RDG spokesperson. Unions have yet to respond, but reported public opinion is shifting out of sympathy with the rail unions. The disruptions around Christmas, New Year and early January have tested patience, and the decision, so far, not to schedule any further action is regarded as prudent in the eyes of public opinion.