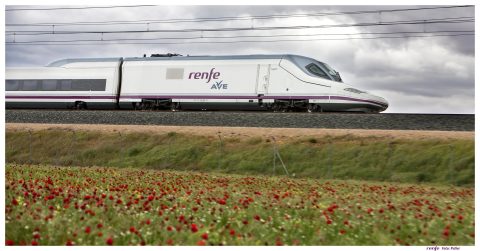 Spanish operator Renfe expects to end the 2023 financial year with a profit before taxes of 98 million euros, president Isaías Táboas said on Thursday, adding that there has been a steep increase in the share of energy costs in the company’s operating expenses.

Energy is now among the three biggest expenses for Renfe, along with staff expenses and railway fees. The operator did not share an exact number, but indicates that the energy costs of its AVE high-speed operation now has a 20-percent share in that division’s expenses, up from 7 percent before the pandemic. For this reason, Renfe is continuing energy saving measures, such as the installation of additional solar panels.

Táboas also said that Renfe is still on a trajectory of recovery. The company expects to hit 736 million euros in investments in the 2023 financial year, principally in the renewal and improvement of its rolling stock (568 million euros). Renfe is also continuing work on its train stations, improving accessibility, and on its new mobility platform for planning and ticketing.

Finally, Renfe is eying continued expansion abroad. For example, it is working on the future exploitation of services between Barcelona and Lyon and on the line Madrid-Barcelona-Marseille in an effort to reach Paris. Táboas also said that Renfe is participating in tenders for services in other French regions. In the United Kingdom, the operator is considering taking part in the Grand Union Train project, a new commercial service between London and Wales. If successful, it would mark Renfe’s entry into the UK market.