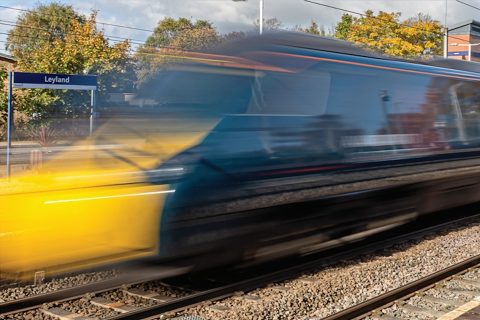 The Railway Industry Association, which represents the supply chain the UK, has kept up the pressure on the reshuffled Conservative party administration in the UK government. The RIA has told Anne-Marie Trevelyan, the new Transport Secretary and head of the Department for Transport, that the Government must provide more certainty on rail restructuring, enhancements, major projects and long-term funding plans.

The RIA says their members and the industry at large needs this certainty, and it will ensure that rail has the funding it needs and that the potential for private investment is unleashed, meaning the industry will be able to do even more to generate economic growth.

Their most pressing demands

In an open letter to the new transport secretary, the RIA says that the UK government can help by confirming the timing for Great British Railways (GBR) restructuring. “Whilst RIA and its members acknowledge we have a new Transport Secretary and Rail Minister and that they will need time to bed in to their new roles, the railway industry really does need confirmation now of when and how the new Government intends to establish GBR”, says the RIA. “The current ambiguity risks causing a hiatus in rail work.”

The RIA has also returned to their most pressing demand, for the hugely delayed Rail Network Enhancement Pipeline (RNEP) to be published. “The Government said it would publish this pipeline of work every year, but it has been almost three years since the last iteration was made public”, the RIA says, with considerable frustration.

There is also concern expressed over the uncertainty and speculation around projects such as HS2, East West Rail and Northern Powerhouse Rail. RIA says this damages confidence and jeopardises investment. “The Government needs to provide clarity on the status of all elements of these projects”, their submission outlines.

“The industry requires certainty on funding to invest long-term, up to the end of the decade”, points out the representative body. “The Government really needs to confirm the funding available for Control Period 7 (CP7) as soon as possible.”

“The Government would help to unleash the potential of rail to help drive economic growth”, adds Caplan. “It would also provide a boost to connectivity and capacity, which the country is going to need in future if it is to link and level up communities across the UK”.

With facts:
Failure of Commission, to meet with goal of of “Union”, the single…, now Secretary urgently should learn from!
Costly bottlenecks at global supply chains, now revealed, should be Lesson, number two!
In any case, post Brexit, Advantage of England/Scotland, nearness to ports – has to be benefitted of – and Goal!
(Redundancy,
Resilency and
Robustness,
all current, related, obvious short comings of railways…, now have to be attended – but primarily by Industry!…)
Quality pays!