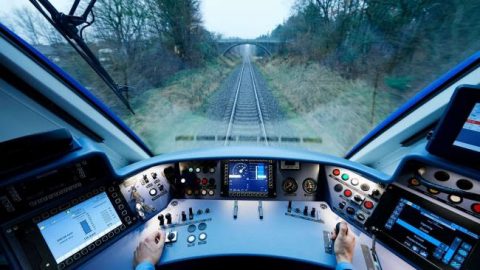 UK train drivers have announced a fresh round of strike action, timed to disrupt the annual conference of the ruling Conservative Party. Members of the Aslef union, which represents train drivers all across the industry, will walk out from twelve of the country’s passenger train operators on 1 October and on 5 October. The Conservative Party conference is scheduled to take place in Birmingham between 2 and 5 October. The announcement comes during the official period of National Mourning for the late Queen Elizabeth. However, the dates of the action fall outwith that period.

Legally, UK trades unions have to give two weeks notice of any strike action. That has forced the union Aslef (the Associated Society of Locomotive Engineers and Firemen) to break into the period of National Mourning in order to make their action in the first week of October compliant. Aslef has however refrained from making any public statements, other than the statutory notice to employers, as a mark of respect for the late Queen.

The strikes on 1 and 5 October will not be quite as devastating as the series of stoppages earlier in the summer. Alsef has limited its action to twelve passenger train operating companies with which it is in dispute. Almost all train operating companies have services which call at Birmingham. New Street station in the city is the busiest passenger interchange on the UK network.

It is no coincidence that several of the affected operators serve Birmingham. Notably, the troubled main line operator Avanti West Coast, which has been roundly criticised for radically reducing services recently, citing driver shortages. The alternative West Coast Main Line carrier between London and Birmingham – West Midlands Trains (badged as London Northwestern Railway) – is also affected. The operator on a parallel route, Chiltern Railways, is now also involved after a rerun strike ballot returned a vote in favour of action. CrossCountry, which is actually headquartered in Birmingham, will also see its drivers walk out.

Two further operators have become involved in the Aslef strike action. Due to technicalities with the validity of the original vote, a ballot was rerun at Northern – the biggest operator by territory in the UK. The embattled operator is currently managed by the government’s Department for Transport, under its powers as the operator of last resort, replacing the deposed commercial partner, Arriva. Similar, now resolved, ballot problems were experienced at TransPennine Express – which operates regional services in the north of England and Anglo-Scottish routes.

LNER, the other Anglo-Scottish operator, which is also fronted by the DfT, will likely see its East Coast Main Line timetable again reduced to a rump service between London and Leeds and Edinburgh. Their managing director, David Horne, made a non-committal reaction to the news. “We have been notified by the ASLEF trade union of further days of strike action on Saturday 1 October and Wednesday 5 October”, he said. “We have suspended ticket bookings for these dates. “We will review our plans and confirm which LNER services will run on these days.”

Greater Anglia, Great Western Railway, Hull Trains, Southeastern, and the suburban metro operator London Overground are the remaining affected companies. Unaffected are the domestic operations of Transport for Wales and Scotland’s Railway (branded as ScotRail) – both of which are direct operations of the devolved governments in Cardiff and Edinburgh.

Right wing sources have responded angrily, noting that there are no current strike plans for the period of the conference of the socialist Labour Party, the official ‘king’s opposition’ in parliament. Labour is meeting in Liverpool, in just over a week. from Sunday 25 to Wednesday 28 September. However, any strike announcement would have been required on or before 11 September, just three days after the death of Queen Elizabeth. 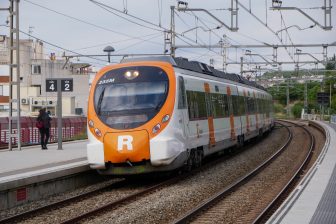 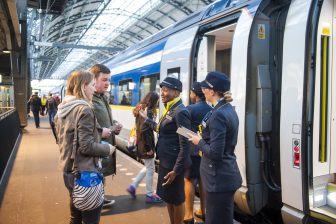 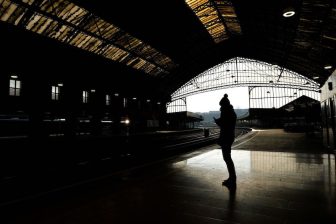