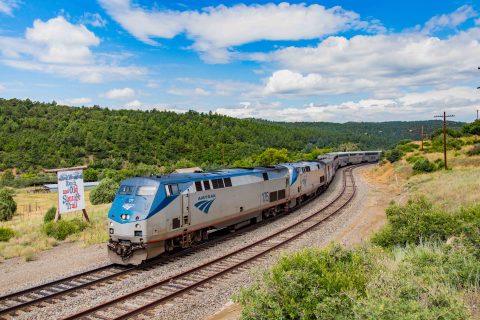 US operator Amtrak will temporarily cancel all of its long-distance trains on Thursday due to a looming freight rail strike on Friday. While its workers are not involved in the stoppage, Amtrak is dependent on freight railroads in areas outside the so-called Northeast Corridor, and is not taking any chances.

Companies such as Union Pacific, BNSF and Norfolk Southern have until just after midnight on Friday to come to an agreement with unions. If this does not happen, around 60.000 workers will walkout.

Amtrak has also shelved some of the stage-funded routes. These mostly short-distance routes are especially popular in the Pacific Northwest and between destinations in Washington and Virginia.

Due to a spillover effect, the Chicago Metra commuter trains and those operated by BNSF in Minneapolis will also cut back on their services today and tomorrow.

Should the strike go ahead, it could cost the American economy more than 2 billion dollars per day (2,01 billion euros), the Association of American Railroads estimates. In the event of a strike, some 7,000 trains could come to a halt, potentially triggering product shortages and manufacturing shutdowns.

For more coverage on this topic, see RailFreight.com.