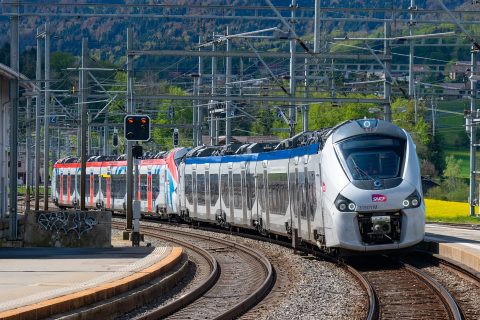 While the French government has called on SNCF to make energy savings in response to the current crisis, it has not requested that the state railway utility prepare to run fewer trains this winter in the event of a power shortage.

The clarification from France’s Ministry of Transport came soon after a report in Le Parisien newspaper which claimed that SNCF was working, at the request of the French authorities, on a ‘degraded’ transport plan, “a black scenario that would be used only as a last resort.”

In July, Transport minister Clément Beaune and Energy Transition minister, Agnès Pannier-Runacher, asked all transport operators to work on sobriety plans, as in many other sectors, “to contribute to the reduction of energy consumption of 10 per cent,” which had to be submitted earlier this week.

Online news platform FranceInfo quoted a Ministry of Transport spokesperson who said that operators like SNCF draw up “emergency and contingency plans in the event of exceptional circumstances” – such as a heatwave or a power supply issue – which may lead to “measures of last resort”. But this is distinct from sobriety measures and is “not the subject of a specific government order.”

Meanwhile, in an interview on FranceiIfo, Bernard Aubin, secretary general of the Independent Federation of Rail and Transport Unions (First) and a retired railway worker said a reduction in the number of trains operated by SNCF this winter in response to the energy crisis would be “the worst case scenario.”

He underlined that this was not the kind of solution that should be considered to cushion the effects of a reduction in electricity production. “That’s my fear. Today, half of our nuclear reactors are shut down. There is a risk of supply problems, and SNCF, like other French companies, will have to make an effort which is normal. But beware of what might happen behind it. We must not make the wrong choices.

“Initially, it would be the freight trains that would be reduced. We hear about ecology every day, and it would be a shame to shoot ourselves in the foot by eliminating rail freight routes that have proven their relevance as a transport mode which better protects the planet.” As an energy-saving measure, Aubin said SNCF could broaden the practice of eco-driving among its train drivers – with the avoidance of sudden starts and last-minute braking – in order to economise on energy.