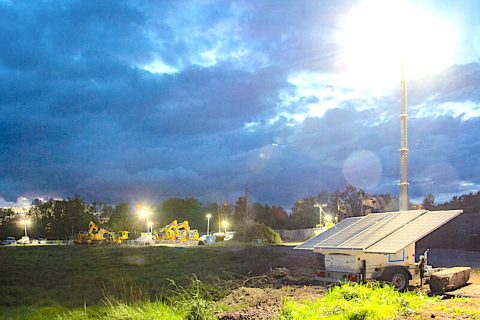 Network Rail, the government agency charged with the care and maintenance of the infrastructure throughout Great Britain, is about to face a ten-figure energy bill for the first time in its history. The combined cost of providing electricity to the network, and all the other fuel costs for infrastructure trains, support vehicles and premises will, in the coming year, run to more than one billion pounds (1.2 billion euros) for the first time ever. The headline figure represents an increase of almost double on any previous year.

The rise in energy costs has hit not just every household and business in the UK, it is also blowing a massive hole in Network Rail’s finances. Despite the buying power of an organisation as big as Network Rail, the bill for all forms of energy, for all operations, will exceed one billion pounds in the coming year. Inevitably that has implications for operators in both freight and passenger sectors.

Forces of the market

No railway operators in the UK have their own in-house energy generating capacity. The most recent exception to that was the London underground network, which maintained its own power station capacity until 2002. Network Rail, like every other operator, relies on third party energy supply, and is subject to the forces of the market.

“The surge in energy prices will inevitably have an impact on all businesses and individuals, and the railway is no different”, said Network Rail. “Based on the market today, we would expect the railway’s operating costs, relating to energy, to increase from 670 million pounds [714 million euros] this year to just over one billion pounds [1.19 billion euros] in 2023/24.”

As part of its management remit, Network Rail negotiates energy supply on behalf of the whole industry. Although the management agency does not make a profit on that brokerage, it does pass on the wholesale cost of energy to passenger and freight operators. That supply is principally electricity for traction.

Recent spectacular rises in electricity costs have caused questions to be asked in the freight sector. At least one operator said they would have to temporarily remove some of their electric locomotive fleet from active service, and replace them with less environmentally friendly diesels. Other operators have experimented with alternative fuels in an effort to both reduce emissions and reduce costs.

Network Rail recently signed a solar power agreement with EDF Renewables UK, as part of a sustainability commitment. The new agreement with the British arm of the recently nationalised French energy company will ensure enough solar energy to power 20,000 homes will be used by Network Rail in their offices, depots and stations across the country.

The contract is for 49.9 megawatts of renewable energy to be supplied annually to cover around fifteen per cent of Network Rail’s yearly use of non-traction energy.The energy will be provided from EDF Renewables UK’s Bloy’s Grove solar farm in Norfolk, in the east of England. Network Rail already has a conventional energy supply agreement with EDF for traction purposes.

With households and businesses being encouraged to reduce energy consumption there is some speculation that the railway industry may be asked to contribute as well as Britain moves into an uncertain winter.