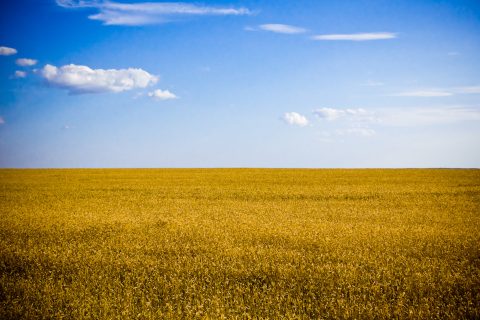 Transport ministers from the UK and Ukraine have signed a joint action plan to help rebuild Ukraine’s transport network. The UK Department for Transport is offering funds, engineering expertise and vehicles as part of a support package now worth nearly four billion pounds (4.8 billion euros). The UK has committed to sharing engineering expertise and pledges a new package of support to help rebuild Ukraine’s war damaged infrastructure.

UK Transport Secretary Grant Shapps has met with his counterpart at the Ukraine Ministry of Infrastructure, Oleksandr Kubrakov, in the same week Ukraine marked its Independence Day and six months since what a strongly worded government statement calls “Putin’s barbaric and illegal invasion of their country.”

Register interest in participating in the accord

After a presentation from Ukrainian officials on the true impact of the war to their railway network, road communications and bridge infrastructure, the two transport ministers signed a joint action plan to help restore these links. The accord agrees to share expert advice from UK-based private-sector organisations. The UK will also send five road coaches from the Go Ahead Group to support reconnecting the Ukrainian public, and will buy equipment to repair routes which are crucial for the exportation of grain. Rail freight routes have already lifted around half a million tonnes of grain from the Ukrainian harvest.

The government in London has reached out to UK transport infrastructure organisations, inviting them to register their interest in taking part in the accord’s initiatives. The Transport Secretary also outlined more detail about the 10-million Ukrainian Railways support package, previously announced by the Prime Minister at the G7 Summit. This will buy bridge repair and tunnel lining equipment, key hand tools and more than 120 shipping containers, which will further help mobilise Ukrainian grain trains, as part of the Un-backed Black Sea Grain Initiative, which allows the safe passage of grain, food and fertiliser exports out of Ukraine in protected shipping corridors.

Earlier this year, the UK assumed presidency of the International Transport Forum (ITF) and committed to bring global partners together in solidarity against the invasion of Ukraine. “In the UK we have some of the best transport experts in the world”, said Grant Shapps. “Sharing this with Ukraine will not only help them rebuild – but will boost the profile of UK businesses on a global scale.”

Under the UK presidency the ITF will launch new dedicated research into the impact of the war on transport and will share constructive policy advice on the sustainable reconstruction of its infrastructure. “Thanks to [these] agreements, we expect to receive high-quality expertise from leading British companies and institutes to restore Ukrainian infrastructure”, said Oleksandr Kubrakov. “I am grateful for [the United Kingdom’s] comprehensive support of Ukraine.”