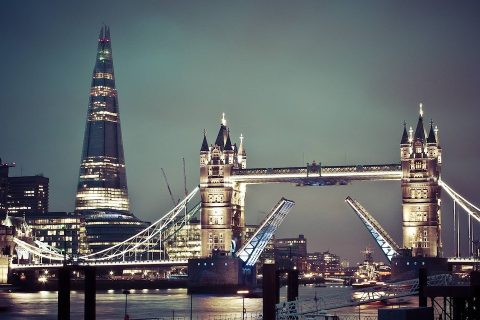 The August series of rail strikes, which began on Saturday, will hit London with a massive financial blow. That’s the prediction of City analysts, who’ve examined the fallout from industrial action by a number of trades unions, including the RMT and ASLEF, with others waiting in the wings. Strikes are planned for national rail, Overground and Underground services in the coming weeks, beginning on Saturday (13 August).

The disputes that have crippled the railway network in Great Britain have also hit London. However, the August strikes will be worse – having also spread to the Underground, upon which much of London’s economic activity relies. Resolution in any of the disputes seems unlikely in the short term.

City of London finance experts claim that London alone will suffer a massive financial blow from the rail strikes in the second half of August. They believe that the final bill, measured in lost economic activity, will be around 120 million pounds (142 million euros). That equates to around 30 million pounds (35,4 million euros) for each of the fours days of planned action in August.

Train drivers union ASLEF (originally known as the Amalgamated Society of Locomotive Engineers and Firemen) will take action this Saturday. Members of that union will withdraw their labour from a number of train operating companies, including the London Overground – the integrated surface metro that serves many suburbs around the capital. National rail services will also be affected at Southeastern and Greater Anglia, both of which operate critical commuter routes out of London terminals.

Later in the month, on Thursday 18 and Saturday 20 August, members of the RMT will walk out across the vast majority of the network, bringing even more widespread disruption. Notably, the union will call out its members in the signalling grades at Network Rail, the infrastructure management agency. Without the signallers, the safe operation of passenger, freight or maintenance trains will be a huge challenge for management. However, the most devastating stoppage for Londoners will be on Friday 19 August, when RMT members at both the Overground and Underground networks will withdraw their labour.

The knock-on effects of the staggered actions are obvious. The preparatory rundown in advance of strike action, and the recovery afterwards, will add about an extra day overall to what one London newspaper called “transport misery for commuters”.

London on the front line again

Speaking to the London Evening Standard, Simon French, a leading financial analyst at City investment bank Panmure Gordon, said that London will face the brunt of the financial hit, in a series of disputes that could damage the national economy by up to 475 million pounds (561 million euros). London could shoulder as much as a quarter of the entire burden, he argues, because of the huge slice of economic activity generated in the capital, and the greater than average level of reliance on rail transport.

Meanwhile, UK transport secretary Grant Shapps has hit back savagely at the unions. He has maintained his robust stance, and furiously accused the unions of engaging in cruel strikes. He said they are “hell bent” on causing as much misery as possible to taxpayers and commuters. Government sources claim that every household in the UK has already contributed 600 pounds (840 euros) to safeguard rail jobs during and after the pandemic. Shapps said union bosses seemed to have short memories, and were repaying that act of good faith by ruining the plans and working lives of millions.

For their part, the unions have been at pains to point out that it was only a matter of months ago that their members were being praised for keeping the economy on track. It seems now that both sides have derailment in mind. London, not for the first time, is on the front line.