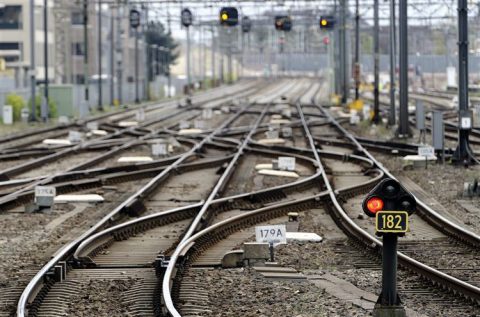 Britain is in a week of rare calm in a summer of Industrial stormy weather. That however, is all about to change. With another heatwave on the way this week, industrial relations are about to heat up too. Unresolved disputes mean rail workers will be out of the cabs and on the picket lines this coming Saturday.

The news agenda may have been hijacked by fears over food shortages and rising prices, but the rail strikes are about to come back with a bang. This may be a quiet week, but the it all kicks off again on Saturday (13 August). The train drivers’ union, ASLEF, will pull members out at nine passenger companies, including both the East Coast and West Coast main operators.

Costs in hundreds of millions

Wider strikes are planned by the RMT union in the following week. The will pull out members on Thursday 18 and Saturday 20 August. Those stoppages will involve Network Rail staff, and will bring much of the network in Great Britain to a halt, bar Northern Ireland, where separate arrangements are in place.

A report says that the RMT dispute alone, has already cost the UK economy around 100 million pounds (118 million euros). That though, is only the tip of the iceberg as far as economic damage goes. Beyond the railways, there are other disputes heating up around the UK. Highest profile of them is an entrenched dispute at Felixstowe which will escalate to a strike later this month. Other pubic servants are considering strike action, and even local authority workers in Edinburgh have threatened strike action to coincide with the end of the international arts festival in the city.

Faming flames instead of calming waters

Seeking resolution are a number of public figures. Lord Tony Berkeley, a member of the upper house in the UK parliament, and a founder of the Allrail industry representative body, has said it is not too late for ministers to get round the table with the unions and end the rail strikes – something the transport secretary Grant Shapps has thus far refused to do. His grounds being that the dispute is between employers and unions, and not the government.

Shapps reluctance to become involved flys in the face of the fact that the biggest employer in the ring, Network Rail, is a government department, and the passenger rail operating companies are almost all under emergency measures and direct management contracts with the government – except for those that have already been taken over by the government’s operator of last resort safety net. Neither has staying uninvolved stopped the government from passing new legislation to allow agency workers to replace strikers. Nor has Mr Shapps stayed silent. An inflammatory series of social media posts have hardly served to pour oil on troubled waters. He may yet regret invoking a further storm.

Brexit, etc., symptoms…, just are to be expected…
Since long, pre EU…, Goal for nearness (Goal of “Union”…) has been missing…
Accordingly, at infrastructure, just laconic quantity, “better” and in particular “railways”…, have been Mantras…
(Yes, railways, Device, for nearness, but a timely!)
Current railway standards, plaguing owners, taxpayers and clients with shortcomings, even worse, are justifying extras, imposed clients of single, alternative device. This is not sustainable!