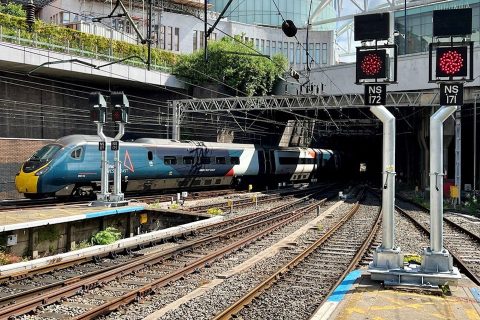 Network Rail is integrating new digital signalling systems across the British railway network, in an effort to improve safety and efficiency. The infrastructure agency says that the programme will help provide more reliable and faster services over critical routes such as the Transpennine, the East Coast Main Line and at Birmingham New Street.
The first country in the world to have a railway system has been building on those historic roots ever since. As a consequence, Britain still has some active infrastructure that dates from the early twentieth century. The responsible agency, Network Rail, is now engaged in a nationwide overhaul that will still stand up to examination in the early twenty-second. Central to that programme is a comprehensive signalling upgrade.

Work to overhaul the signalling system at New Street, Britain’s busiest interchange station, has reached a major milestone, says Network Rail. “Over the last 15 months more than 230 miles [370 kilometres] of cabling has been laid to connect 64 new LED colour light signals”, says the agency. Appropriately enough, Birmingham is already establishing a centre of excellence, which will see it become prominent in rail technology in the coming decades.

Until the end of this year, control will continue from the historically listed Birmingham New Street Power Signal Box. “Built in the 1960s, its switching systems have continuously kept the region’s trains moving safely for decades”, says Network Rail. “Now all the signals and equipment across the station have been brought up to twenty-first century standards, the phased decommissioning of New Street’s power signal box can begin.”

Birmingham’s upgrade is somewhat overdue. “This has been a once in a generation overhaul of the station’s signalling equipment, at one of Britain’s most important stations”, said Denise Wetton, Network Rail’s Central route director. “This has been a huge challenge and we thank passengers for their patience while we’ve had to close platforms over the last 15 months. When complete this Christmas the West Midlands will have large areas using one of the most modern signalling systems anywhere in Britain which will help provide a safe, reliable and high performing railway for decades to come.” That’s important, given the predictions for growth in passenger and freight traffic in the region, and the already busy New Street hub. 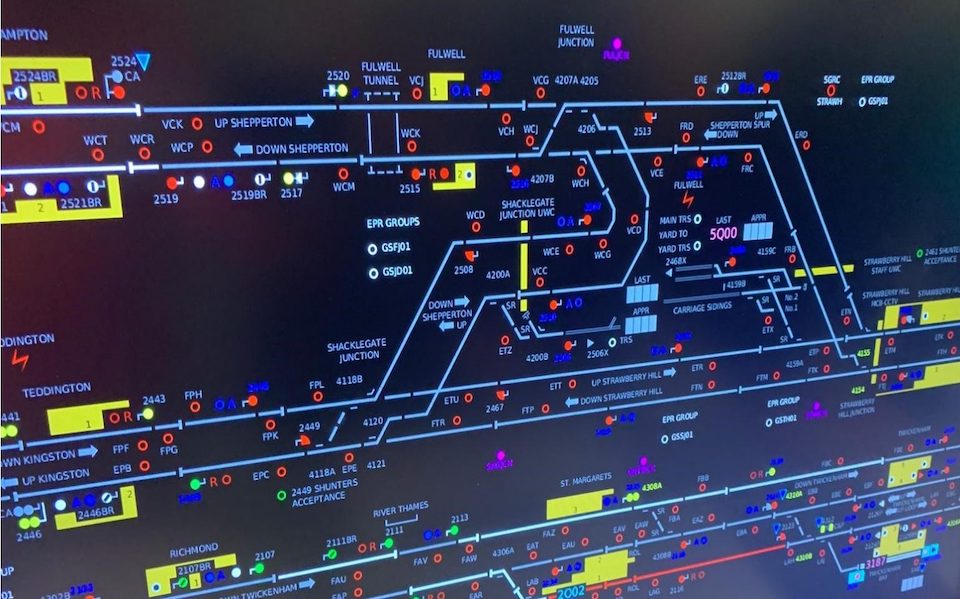 At Birmingham New Street, the upgrade involves moving to a hybrid of digital-mechanical signalling, which is controlled with the help of computers in a signalling centre – designated by Network Rail as a railway operating centre (ROC). “This system is integrated with the old infrastructure and uses data from the trackside equipment and signalling centre”, says Network Rail. “This means we can put the signalling information into the train cab for the driver to see more clearly.”

Eventually, Network Rail intends to retire the historical elements of the system. “We’re working on completely overhauling the old system with something even better”, says the agency. “Our digital signalling systems will modernise the network with cab signalling to replace signals beside the tracks. We’ll also introduce automated traffic management systems to improve the way we run the network. This will reduce delays and disruption, and improve journey times.”

For now, to control the new installations around New Street, ten new equipment buildings have been constructed, as well as the installation of sixty axle-counters, which show signallers exactly where trains are on the network. “The new signalling system will eventually be controlled from the state-of-the-art West Midlands Signalling Centre [in the Saltley district of Birmingham]”, says NR. By then, instead of working with history, the signalling system around New Street will be making it.

“Reduce delays and disruption”, hm…, too well, fits in a defensive strategy…
An alternative, for an offensive goal, now is the requested!
Now post Brexit, for sake of UK and of hemisphere…, nearness to ports, Ocean, etc., decisively has to be taken advantage of.
A timely, a “well oiled” railway net, shall connect the ports, etc.!
It is 2022 now and any “state of the art”, with delays and disruptions at railways no longer is acceptable!