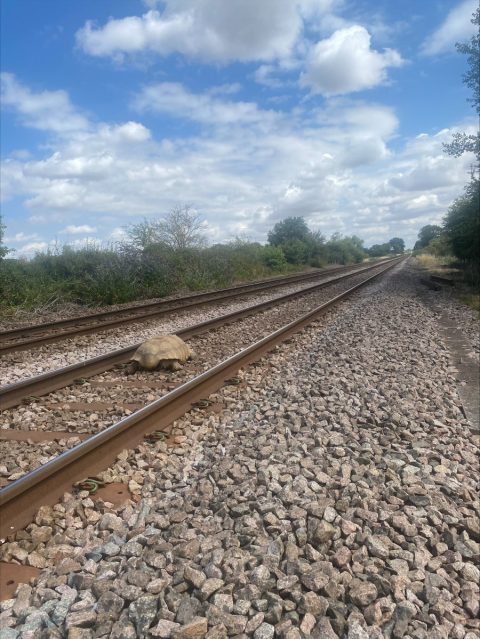 A Giant African Spurred Tortoise was rescued from the tracks by a Network Rail Anglia team earlier this week. The tortoise, which tipped the scale at 50 kilos, is named Clyde.

Clyde was spotted near Harling Road station on Monday. The station is on the Breckland line in the east of England. The tortoise was clipped by a train, as evidenced by damage to his shell. The sighting of Clyde on the tracks brought several trains to a halt.

Local media reported that the tortoise had broken out of his pen at the local Swallow Aquatics branch, presumably to go and look for female company. Network Rail Anglia on Tuesday said Clyde would be returned to his home soon.

Over the past week, Network Rail Anglia was bombarded with questions regarding Clyde’s wellbeing, and the tortoise soon got his own hashtag on Twitter.