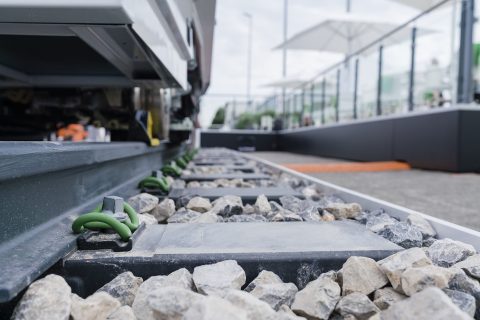 Vossloh has ended the first six months of 2022 with 693 million euros in orders received, an 59-percent increase over the same period last year and a new company record.

Vossloh now has an order backlog of 827,9 million euros, up from 584,6 million euros after the first six months of 2021. This corresponds to an increase of 41,6 percent, company figures released on Wednesday show. Vossloh’s contract for fastening systems for the planned Egyptian high-speed rail network was one of the main drivers of growth.

Group sales were up 3 percent to 476,4 million euros, mainly due to the performance of the Customized Modules division and the Lifecycle Solutions division.

With earnings 28,9 million euros, Vossloh’s profitability was down compared to last year, when it recorded an EBIT margin of 9,2 percent. At the end of June, this figure stood at 6,1 percent. The company points to “significantly higher procurement prices for materials and energy” as one of the reasons behind the drop in profitability.

For sake of sustainability – not if, but when infrastructure managers shift, from current low price tracks, then fig.:s of Industry, by nature, will be even better!…
(Track shall not remain devastating Bottleneck, of railways…)