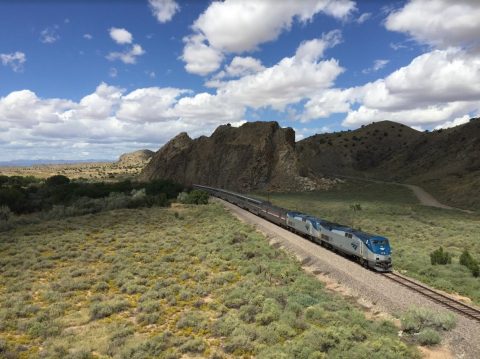 Local authorities earlier this week reported a fourth fatality of Monday afternoon’s derailment of an Amtrak train. Some 150 people were treated for injuries. Meanwhile, the National Transportation Safety Board has found that the train was travelling below the speedlimit at the time of the accident.

The NTSB earlier this week shared its preliminary findings of its investigation into derailment on Monday, which happened following a collision with a dump truck. According to NTSB Chairwoman Jennifer Homendy, the train began blowing its horn some 400 metres before impact. At the time, the train was travelling at 89 miles per hour (143 kilometres per hour) or just under the 90-miles-hour speedlimit. The impact happened at a speed of 87 miles per hour. The NTSB investigation has found no mechanical issues or problems with the brakes.

The steep incline towards the passive crossing, meaning there were no lights or bells, may hold clues as to why the dump truck ended up at on the tracks, Homendy acknowledged. Local officials have reportedly also pointed to brushes blocking the view of the truck driver as he approached the crossing. The truck driver, 54-year-old Billy Barton II, was among the four victims.

Homendy also said that the NTSB has been advocating for measure to tackle passive crossings for the past 24 years, lamenting the fact that “we still don’t see action on that”, as quoted by local media. According to local newspaper The Kansas City Star, there are some 3,500 passive crossings in the state of Missouri alone, where the derailment happened.