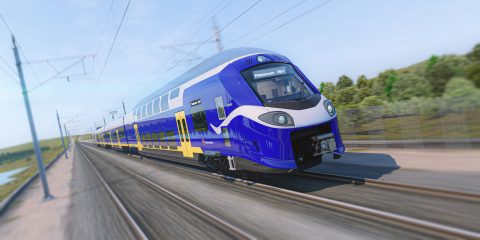 Alstom has ended the annual accounting period 2021/22 with 15,5 billion euros in sales and a record backlog of 81 billion euros, the company’s fiscal year results released on Wednesday show.

Alstom recorded 19,3 billion euros in orders between April 1 2021 and March 31, which pushed its backlog to its record high. The company’s full-year sales were up 11 percent.

“Our fiscal year results are fully in line with our objectives, both in terms of financial and operational performance. Driven by a very positive market, the Group recorded in 2021/22 a strong order intake, reflecting its enlarged momentum, with significant wins in Europe but also in Latin America, in Taiwan and in Australia”, chairman and ceo Henri Poupart-Lafarge said in comments on the results.

With the integration of Bombardier Transportation well on track, Alstom expects the synergies to start paying off from 2024/25 onwards. For the time being it is forecasting 400 million euro annually, followed by 475-500 million euros from 2025/26 onwards.