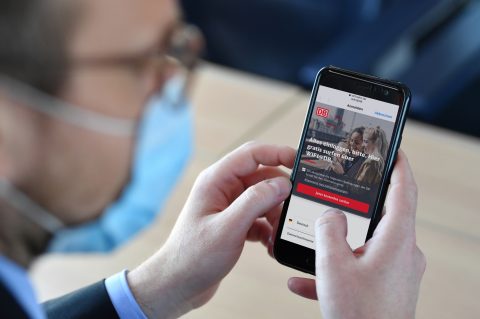 The German Federal Cartel office released its preliminary conclusion about various practices and contractual clauses of Deutsche Bahn (DB) this week, saying that those related to mobility platforms “constitute an abuse of market power”.

According to the cartel office, known in Germany as the Bundeskartellamt, mobility platforms try to facilitate ease of travel for people by allowing passengers to combine various modes of transport to complete a journey. As such, these platforms rely on train service information such as platform changes, delays and cancellations. DB, as the country’s preeminent railway company, does not provide this information, the cartel office notes.

“Many mobility services simply cannot be provided without involving DB. We therefore hold that mobility platforms are, for example, entitled to access train traffic data, such as information on delays or cancellations. Otherwise, their business models cannot work”, says Mundt.

‘DB has means to control rail in third-party offers’

According to the cartel office, DB – due to its size and position – functions as both a mobility platform through its travel and ticketing apps and as transport company. On the latter point, the watchdog takes issue with the means DB has it its disposal to control rail travel in the offers of third parties.

“Especially for the significantly smaller and lesser known railway companies in Germany, mobility platforms can be an important channel to increase their reach and win customers for their transport services”, the office says. The problem is that travellers, directly and indirectly, are directed towards DB’s own channels. This means that other businesses cannot reach new costumers, which in turn further solidifies DB’s dominant position.

ALLRAIL, the Alliance of Passenger Rail New Entrants in Europe, has called the preliminary conclusions “extremely relevant for the rest of Europe”. According to the industry body, the findings prove that not only are there forces at play that limit the modal shift to rail, but also that this “anti-competitive behaviour” undermines new multimodal efforts “that have the potential to considerably reduce private car use”.

ALLRAIL president Erich Forster says that DB’s practices show that there is “an urgent case for swift regulatory intervention to safeguard against market distortion through the provision, control and release of data”.

DB has been given the opportunity to comment on the findings by the German cartel office. The same goes for mobility platforms. It is unclear when their comments will be released.