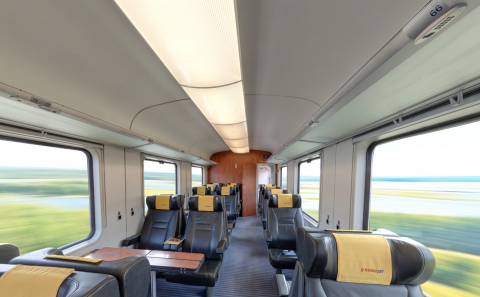 Czech train and bus operator RegioJet has been awarded an operating licence in Austria, meaning it can now run its own trains in the neighbouring country. This eliminates the need to change staff and risk delays along the way.

Private operator RegioJet offers train services to Vienna, Linz and Salzburg, among other destinations. Before entering into Austria, there currently is a change of driver and conductors at the Czech border town of Breclav. This practice will reportedly end next week.

The European non-profit association of independent passenger rail companies  Alliance of Passenger Rail New Entrants (ALLRAIL) applauded the new operating licence. “This is how it should be across the EU. Namely: carriers operate across internal EU borders on their own”.

ALLRAIL went on to say that allowing a private company such as RegioJet to operate its own trains across borders can facilitate and accelerate a modal shift to rail. According to the association, the current method for cross-border operations is “totally unnecessary and deeply flawed”.