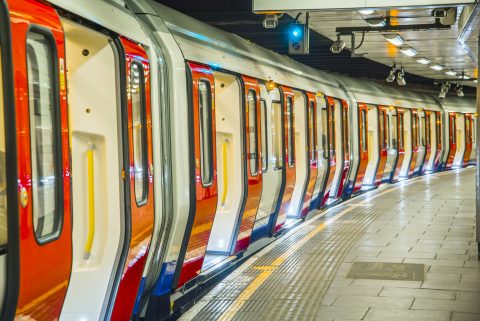 Transport for London (TfL) expects “severe disruption across all Tube lines” from Tuesday onwards as a result of a planned strike by the Rail, Maritime and Transport (RMT) union.

Union members working on the London Underground are instructed to refuse any duties between 00:01 on Tuesday, March 1, and 23:59 that same day. The strike action will be repeated on Thursday. Close 10.000 people are expected to take part in the strike.

TfL has warned commuters, saying there will likely be “severe disruption across all Tube lines, with stations closed and little or no service across the network.” The company also warned that other forms of public transport will therefore be much busier than usual. As such customers are advised to make essential journey’s only.

The 24-hour weekday London tube strike is de latest instalment in an ongoing conflict over rosters, work/life balance and pensions. Tube divers have been staging walkouts on the London Central line and Victoria line on Friday and Saturday evenings since the beginning of the year, severely restricting the so-called Night Tube. RMT in January vowed to continue their strike action until June. Early February, the union upped the ante by announcing the 24-hour weekday walkout.

‘It is extremely disappointing that the RMT is planning to go ahead with this action. We haven’t proposed any changes to pensions or terms and conditions, and nobody has or will lose their jobs because of the proposals we have set out”, says TfL coo Andy Lord.

“Our members will be taking strike action next month because a financial crisis at London Underground has been deliberately engineered by the Government to drive a cuts’ agenda which would savage jobs, services, safety and threaten their working conditions and pensions”, RMT general secretary Mick Lynch said on his part.

Like the RMT and TfL, the office of the Mayor of London and the UK government are locked in a dispute over the conditions for continued support for TfL, which has been hard by the downturn in passenger numbers due to COVID-19. On Friday, the government made available another short-term funding package to the tune of 220 million pounds (262 million euros), raising the total sum received by TfL to almost 5 billion pounds.