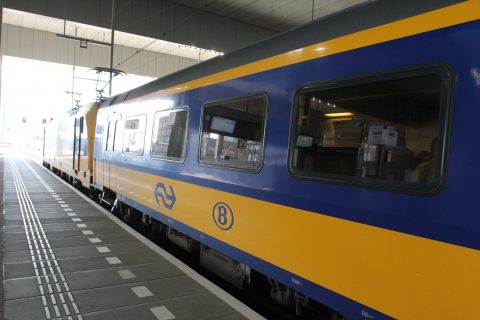 Dutch Railways in the red as COVID-19 continues to bite

Dutch Railways (NS) in 2021 recorded a loss of 49 million euros, the company’s annual report published on Friday shows. The blow was softened by government support to the tune of 925 million euros.

Without the compensation, NS’ numbers would have plunged 974 million euros into the red, the company writes. In 2021, it missed out on 1,1 billion euros in earnings from passenger transport.

Passenger numbers last year were at only 48 percent of 2019 levels and it will probably take several years before passenger number exceed pre-corona levels. For this reason, NS aims to make savings of around 1,4 billion through 2025.

NS is optimistic about its long-term prospects, and it anticipates a significant uptick in passenger numbers because the government’s plans for housing development in the coming years. “The Netherlands needs 1 million new homes. This construction effort can only happen in tandem with the infrastructure for clean mobility”, NS president Marjan Rintel said.

The company also expects to welcome more climate-conscious travellers in the future. “Train travel is carbon neutral. Everyone that chooses the train over their own car, if only for a day, makes a contribution to lowering CO2 emissions.”