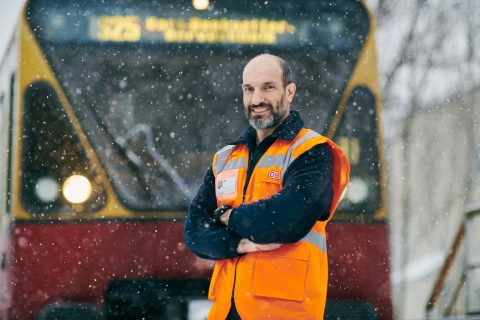 Deutsche Bahn will end this year with 22.000 new employees, including a record number of 5.000 your professionals. With these numbers, it has exceeded its hiring target for 2021, the company said this week.

The majority of jobs were offered in rail and rail vehicle maintenance. DB also had around 2,410 vacancies for engineers and for some 1.760 for drivers. This year, there was also a great need for dispatchers and IT-personnel.

The 22.000th new employee hired in 2021 is Wael Al-Iman, who started his training as driver for the S-Bahn Berlin earlier this month. Al-Iman, who arrived from Syria in 2013, previously worked in logistics.