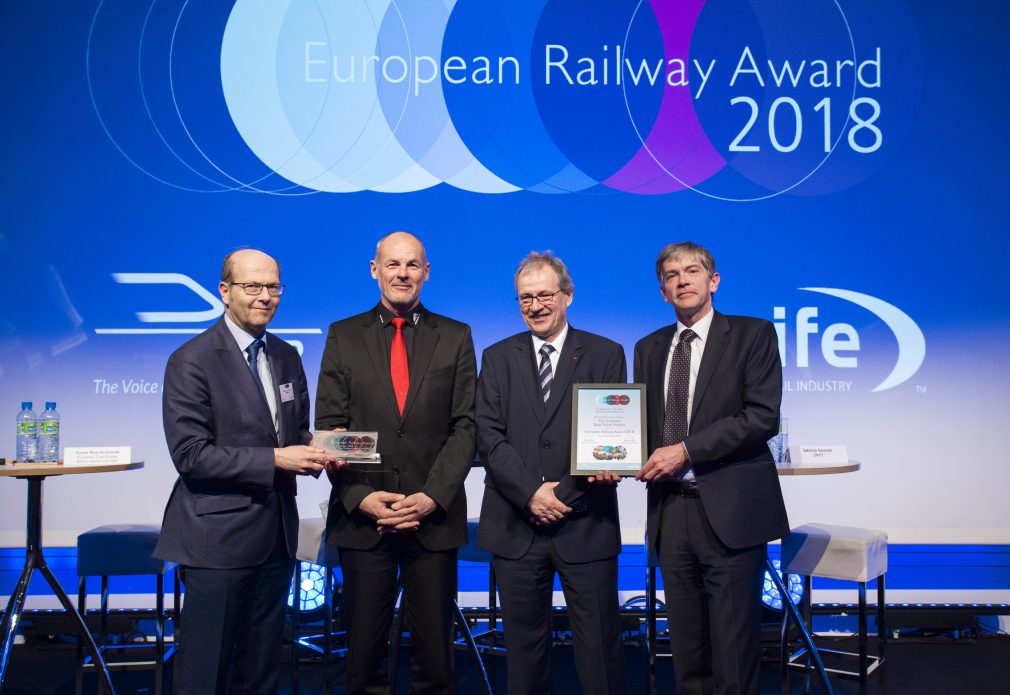 The visionaries behind the Gotthard Base Tunnel – the world’s longest rail tunnel – which was designed to shift freight to rail on a mass scale have received the 2018 European Railway Award.

Built over 17 years and costing around 11 billion Euros, the twin-bore tunnel linking Italy with Switzerland and central Europe, has been recognised as an ‘outstanding example of shifting freight transport to more environmentally friendly modes of transport, by relying on public support and a fair financing system’.

Peter Jedelhauser, former Head of the Gotthard North South Corridor Project at SBB, and Renzo Simoni, former CEO of AlpTransit Gotthard Ltd accepted the award on behalf of the workforce who worked tirelessly to bring the project to life when it opened for traffic at the start of 2017.

The Community of European Railway and Infrastructure Companies (CER), the organiser of the awards, hosted the prize-giving ceremony in Brussels. This year’s award is a one-off amalgamation of the political and technical categories, recognising the unique value of the Gotthard project to the European rail freight sector.

“Despite all technological and organizational achievements, human factors have once more proven to be one of the most crucial success factors,” said Jedelhauser, while Simoni added: “The great achievement is that, with the Gotthard Base Tunnel, we have a genuinely transalpine flat-rail route at our disposal. Even though it runs right through the middle of the Alps, at its highest point it’s only 550 metres above sea level.”

Violeta Bulc, European Commissioner for Transport, and the evening’s keynote speaker, said: “The rail sector has a central role to play in the transition to integrated, smart and low emission mobility. All actors (need to) intensify their cooperation to improve the quality of service and to demonstrate the impact of public investments in rail transport infrastructure.”

Paweł Wojciechowski, European Coordinator for the Rhine-Alpine core network corridor, said: “The European Coordinators are actively involved in the discussions on the next multi-annual financial framework. Where the resources are scarce we should focus even more on their efficient use. The TEN-T and CEF policies follow this approach by allocating funding to projects with the highest European value added – such as cross-border rail projects. That enhances European integration, competitiveness as well as other goals such as decarbonisation. However we must also urge governments to commit more national resources in order to complete the TEN-T core network by 2030.”

Crister Fritzon, Chair of the CER, described the tunnel was an ‘excellent example of a major infrastructure construction project that has lifted rail freight to the next level, unleashing the full potential for modal shift’. He added: “Interestingly, partial funding also came from charges on heavy road vehicles. We need more projects like this, as well as incremental infrastructure investments and reinvestments, boosting rail services for both passengers and freight customers.” 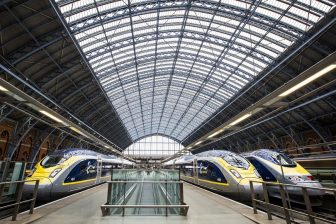 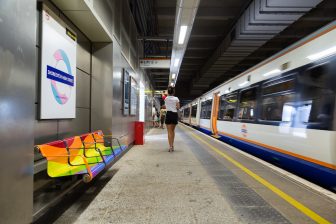